“This is a bold piece of jewelry by its size, color and style, which cannot fail to make a vibrant statement, whether it be of faith or fashion — or indeed both,” said Kristian Spofforth, head of jewelry at Sotheby’s London. “We are delighted that this piece has found a new lease [on] life within the hands of another globally famous name.”

The pendant was named for Naim Attallah, the former CEO of Asprey & Garrard. Princess Diana wore the necklace several times, most famously to a 1987 gala in support of Birthright, a charity working toward the protection of human rights during pregnancy and childbirth. She paired the piece with a purple dress by designer Catherine Walker. The Attallah Cross was only ever worn by Princess Diana, and following her death, it was never seen again in public, Sotheby’s said. 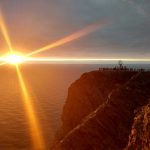