For author and diamond consultant Marijan Dundek, diamonds are, simply put, “one of nature’s true marvels.” They were “created deep beneath the earth’s surface billions of years ago by the forces of heat and pressure. They are rare, have unique properties and are highly prized, yet are born from the most basic element that is common to all life: carbon,” he says.

Dundek has the knowledge to back up his admiration for diamonds; he studied them in Antwerp at the International Gemological Institute (IGI) and worked at jeweler Graff Diamonds for many years. He shares that expansive knowledge in his recently updated book Diamonds.

From the beginning, Dundek’s goal in writing the volume was “to help professionals in the jewelry industry, the general public, and prospective buyers of diamonds” understand these natural stones and “the main factors that determine their value and quality,” he explains. To that end, the text is “written in clear and jargon-free language,” and the images “show diamonds in their full range of cuts, shapes and colors, along with some of the world’s most stunning contemporary and historic diamonds.”

Among the illuminating information filling this comprehensive guide is an array of explanatory charts, diagrams and photographs, including a sample Gemological Institute of America (GIA) Natural Diamond Origin Report. In the accompanying text, he discusses the history of diamonds, from the first mines to the Kimberley Process; explores the elemental forces that created the stones; and delves into each of the 4Cs. In addition, the updated volume takes an in-depth look at “the magical world of natural fancy-colored diamonds, describing more in detail their remarkable color variety, [the] cause of their color, and…the secrets of their origin,” according to Dundek. Rounding out the book’s resources is a listing of international diamond organizations and gem laboratories.

To put all of this information in context, Dundek devotes the last section of the book to tracing the dramatic journey of one specific diamond: the Lesotho Promise, a 603-carat rough that “began its life deep in the recesses of the earth” and then “made its way to the surface and tumbled down the chute of the Letšeng Mine” in August 2006. This stone became “the 15th-largest diamond and the 10th-largest white diamond the world had ever known,” he writes. He details the steps along the diamond’s path — from the mine to the experts who analyzed the stone, and from there to the cutting stage, which transformed the rough into its final incarnation: 26 D-flawless diamonds ranging in size from 0.52 to 76.41 carats. The polished stones, which totaled 223.35 carats, then became part of the dazzling Lesotho Promise necklace.

One feature that distinguishes the book is its close-ups of some of the world’s most legendary diamonds — ones that professional jewelers and the general public don’t often have the opportunity to see, which is why the author chose to include them.

In selecting the images, he drew on his experience working with Graff Diamonds and attending Sotheby’s and Christie’s auctions in Geneva, where he recalls having “the pleasureof handling, examining or selling most of the diamonds that I feature in the book.” Asked which of these left the most indelible impression, he points to the stones he encountered during his time at Graff: the fancy-deep-blue Wittelsbach-Graff diamond, the Lesotho Promise necklace, and the Graff Pink diamond, among others.

As a private consultant, Dundek bid on other exemplary diamonds, including the 100.09-carat Graff Vivid Yellow at Sotheby’s Geneva in May 2014. That gem “has one of the most beautiful vivid-yellow colors in the world,” he remarks. “I was also one of the very few bidders for the 59.60-carat Pink Star, the largest internally flawless, fancy-vivid-pink diamond ever graded by the Gemological Institute of America. That was in November 2013 at [Sotheby’s Geneva, where] this diamond was sold for $83 million. Unfortunately, I did not win that bid. However, the New York dealer [who did win ultimately didn’t] pay for the diamond, so the same gem was eventually sold in Hong Kong.” That second sale took place in 2017, and the stone netted $71.2 million.

One of the most unusual stones Dundek has personally encountered is “definitely the Enigma, a 555.55-carat black diamond,” which Sotheby’s sold this past February for $4.3 million.

Dundek hopes that readers of Diamonds will come away from it understanding more about natural white and colored diamonds. He also hopes the guide will help “promote natural diamonds and the highest standards of good practice in the diamond industry to professional jewelry sellers anda wider audience. In this turbulent time, when the diamond industry is going through great change and challenges, it is of paramount importance to remind people in the jewelry industry, as well as the general public, what a unique gem this is, gifted to us by nature.”

The January 2022 edition of Diamonds by Marijan Dundek is published by Noble Gems Publications. 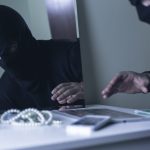 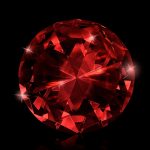