An amethyst and diamond pendant worn by Princess Diana to several events will lead the upcoming Royal and Noble sale at Sotheby’s, where it is expected to fetch up to GBP 120,000 ($145,670).

Court jeweler Garrard created the Attallah cross in the 1920s. Naim Attallah, former CEO of Asprey & Garrard, purchased it from the jeweler in the 1980s, Sotheby’s said Thursday. Attallah, a friend of the princess, loaned it to her a number of times to wear to social gatherings. The most famous of these was a 1987 gala in support of Birthright, a charity working toward the protection of human rights during pregnancy and childbirth, where she paired it with a Catherine Walker dress. The cross was only ever worn by Princess Diana, and following her death, it was never seen in public again, Sotheby’s explained.

“Princess Diana and my father were friends, and I remember that she often came to see him at the historic Garrard store on Regent Street [in London], where his office was, and she would ask to borrow the pendant on several occasions — she really loved the piece,” said Ramsay Attallah, who owns the jewel.

The pendant is set with square-cut amethysts and accented by approximately 5.25 carats of circular-cut diamonds. The lots will go on display at Sotheby’s London ahead of the auction. Bidding is online-only and will be open from January 6 to 18.

“Jewelry owned or worn by the late Princess Diana very rarely comes on to the market, especially a piece such as the Attallah cross, which is so colorful, bold and distinctive,” said Kristian Spofforth, head of jewelry for Sotheby’s London. “To some extent, this unusual pendant is symbolic of the princess’s growing self-assurance in her sartorial and jewelry choices, at that particular moment in her life. We are confident this…piece of jewelry by Garrard…will attract the attention of a wide variety of bidders, including royal and noble jewelry collectors, as well as fans of the princess, keen to share part of her history.” 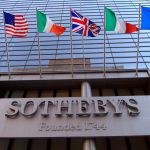 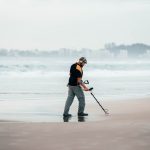