Conflict casts its shadow far and wide, and artists are often among the first to fall under its darkness. In May, the Russian invasion of Ukraine entered its third month. News of cities being devastated and refugees pouring into neighboring countries hung like a black cloud over the gem and jewelry industry as it prepared for the GemGenève show in Geneva, Switzerland.

Despite the gloom, visitors to the fair got to see exceptional diamonds and gems, mesmerizing jewelry collections, and breathtaking antique pieces. But this year, there was a new pavilion: a display of works by 11 Ukrainian designers under the banner Strong & Precious.

“I met Olga Oleksenko during [the previous edition of] GemGenève in November 2021, before the war,” says show cofounder Thomas Faerber. “When she told us about the Strong & Precious project a few weeks before the May 2022 show, we naturally invited her to exhibit and created a special space for the initiative, despite being sold out. It was our way of supporting Ukrainian designers and young talents in this time of crisis.”

Oleksenko and her Strong & Precious cofounder, Natalia Kietiene, curated a diverse array of jewels to display at the event, each piece blending Ukrainian heritage with a modern perspective in some way.

This was the second GemGenève appearance for jeweler Oberig, which takes its design inspiration from Ukraine’s traditional cross-stitch needlework. Sergey Zhernov’s creations for his Zhernov Artifactory brand, meanwhile, merge sculptural forms with precious metals to invoke nature and Ukrainian fairy tales. The witty and charming costume jewels by Bevza are more in line with fashion sensibilities; designer Svitlana Bevza takes everyday items and age-old symbols of Ukrainian culture, such as wheat spikes and watering cans, and reinterprets them into personal adornments.

Lutiki, too, transforms humble food and living items into wearable ornaments. An example is the brand’s Seed from Ukraine pendant by designer Sonya Soltes, which depicts a pumpkin seed in brass. Proceeds from the item’s sales go toward relief efforts in Kyiv communities.

Jeweler Nomis offers edgier designs that are minimalistic but convey muted aggression via sharp lines and forms, while Guzema’s fun, playful pieces pay homage to the feminine aesthetic. Artist Inesa Kovalova’s eponymous brand works with nylon and titanium, drawing on her architectural background to blend the past with an urban modernity.

For Roxana Romanenko of Rockah, texture is key; she uses it to create visual contrasts, juxtaposing shiny gold surfaces with muted colors. Logvin by designer Vadim Logvinenko, meanwhile, takes a cross-cultural approach, working with silver and old Japanese techniques. The creations of Drutis Jewellery delve into childhood innocence, which comes through in its signature Kaleidoscope pendant — a bejeweled metal cylinder with natural gems swirling inside. And young designer Sasha Zayats works with silver to create pieces that fuse rock ’n’ roll vibes with raw sensuality.

Craftsmanship for a cause

One thing these artists’ works share is a fusion of technological innovation and tradition. For example, Nomis works with lab-grown diamonds and uses the classic lost-wax casting method. Kovalova uses 3D printing for her nylon and titanium jewelry, while Zhernov plays with the galvanoplastic method — a process that involves coating an electrically conductive mold with a thin layer of precious metal and then dissolving the core with chemicals or heat to produce a hollow jewel.

All of the designers had been manufacturing their jewels in Ukraine before the war. Some have managed to continue there, but others are now working from their countries of refuge.

Their craftsmanship drew praise from GemGenève attendees, reports Oleksenko. “We had a lot of positive feedback from visitors and other exhibitors. People came and said that they never knew Ukraine had such talented jewelers with [such] high quality of work. This feedback meant that we had achieved our main aim: to introduce Ukrainian designers to the international community of peers and buyers.”

The display also attracted fellow Ukrainians, she relates. “We had many visiting our booth who were originally from Ukraine but have been living outside the country for years. Other Ukrainians who met us had moved to Geneva at the start of the war. On hearing of our participation, they came to see out of curiosity and nostalgia. Some said we gave them hope for a normal life after the war, and for others, seeing the Ukrainian jewelers gave them a new reason to be proud of their country.”

People working for European organizations were among the patrons as well, she says. “They came to acquire a piece ‘as a marker of this humanitarian crisis.’ One of them said, ‘You chose the most elegant way to talk about the scariest things.’”

Oberig’s Tetiana Kondratyuk was grateful for the opportunity to showcase her country’s artistic prowess. “For the first time, we felt a mission to bring the Ukrainian brand to the world,” she says. “It’s a completely different feeling [than in the past] — we felt a part of an amazingly talented and creative group. And we appreciate [that] Olga and Natalia made this possible. Now the world can see and appreciate the high level of talent embedded in our people. 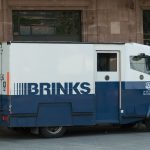