The De Beers Blue is probably one of a select group of rare diamonds originating in the deepest parts of the earth, according to researchers at the Gemological Institute of America (GIA).

The stone has important similarities with the Hope and Wittelsbach-Graff diamonds, two other blue, type IIb diamonds, according to an article in the summer 2022 edition of Gems & Gemology, the GIA’s scientific journal. It also displays certain differences.

The original rough was a 39.34-carat stone that Petra Diamonds extracted from its Cullinan mine in South Africa. The polished was originally named the De Beers Cullinan Blue.

A 2018 article in the journal Nature proposed that rare blue diamonds of this type gained their hue because of boron from ancient oceans that was subducted deep into the earth’s crust, perhaps into the lower mantle.

“These blue diamonds are among the rarest of gems,” specialists from the GIA’s New York laboratory wrote in Gems & Gemology. “Recent research…has demonstrated that their boron derived from pieces of the earth’s crust sinking to the extremely deep depths of diamond formation. The gemological characteristics of the De Beers Cullinan Blue suggest it is one of these super-deep diamonds.”

Unlike the Hope and Wittelsbach-Graff diamonds — both of which were from India’s Golconda region — the De Beers Blue showed no observable fluorescence or phosphorescence, the GIA team noted. Its boron concentration was close to that of the Hope but higher than that of the Wittelsbach-Graff. It also displayed a different surface structure from the other two stones under high magnification.

The diamond’s combination of weight, color and clarity — plus its step cut, which does not enhance color — is “exceptionally rare,” they concluded. “It will remain one of the world’s most important diamonds.”

Petra discovered the rough in April 2021, selling it for $40.2 million into a partnership between De Beers and manufacturer Diacore, which cut and polished the stone. 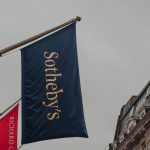 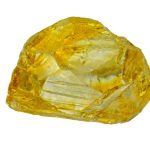