he Natural Diamond Council (NDC) has launched a new advertising campaign ahead of the holidays, signing up British actress Lily James as its global ambassador.

Under a cloud of funding problems, the industry-wide marketing group has secured James for an initial two-year contract with possible extensions, NDC CEO David Kellie told Rapaport News Wednesday. She is the star of a 45-second campaign film set in London, where James is based. James Bond actress Ana de Armas, the NDC’s inaugural ambassador, did not renew her contract for a third year, Kellie confirmed.

“In just a few months of getting to know each other, Lily has proved to be a passionate fan of natural diamonds, and we look forward to a great partnership between Lily and the natural diamond industry,” he said.

James played Pamela Anderson in the biographical drama Pam & Tommy, a role that won her an Emmy nomination for outstanding lead actress in a limited series. Her next feature film project, Providence, is currently in post-production.

With the tagline “To Treasure, Now and Forever,” the new commercial captures scenes relevant to the roles James has played on and off camera. It features a variety of diamond jewelry, including tennis bracelets, necklaces, studs and hoops, as well as original creations in the form of statement earrings and spiral bracelets. All the pieces came from independent designers, brands, and NDC retail partners.

Some of these retail partners will carry out digital and traditional media advertising into 2023 in cooperation with the NDC, including Hamilton Jewelers in New Jersey and Florida, Bachendorf’s in Texas, Razny in Illinois, Hyde Park in Colorado, Arizona and California, and Sissy’s Log Cabin in Arkansas and Tennessee.

Among the featured pieces are earrings and a bracelet based on the Soleil pendant, a strong-selling item designed by Malyia McNaughton, an alumna of the NDC’s Emerging Designers Diamond Initiative. All the pieces in the campaign will appear in a dedicated page on the NDC’s consumer-facing website, naturaldiamonds.com.

The initiative’s main focus is digital video, with a presence on streaming services Hulu and Peacock. Material will also run in print and digital media outlets and in transit shelters in the New York and Los Angeles markets. Ads will appear in the UK, France, India, the United Arab Emirates (UAE) and China.

The launch comes amid funding challenges for the NDC, which has lost almost half its financial support due to Alrosa’s self-suspension in light of the Ukraine war, Kellie explained.

“The industry is not yet stepping up and recognizing that we cannot be a successful industry in a luxury market without more aggressive support behind diamond category marketing,” the executive continued. “De Beers and our member companies, along with additional support from [India’s Gem & Jewellery Export Promotion Council (GJEPC)], continue to provide additional support where they can, but they cannot afford nor be expected to fill the gap left by Alrosa unilaterally.”

A small cut of revenue from industry members would make a significant difference, he noted. “I’ll be in Antwerp for the Facets [diamond] conference later in the month and hope to speak with more industry leaders there. But up until now, I don’t believe that our industry institutions understand the downside of not supporting category marketing.” 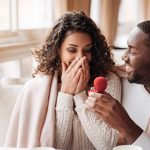 How Much Are Consumers Spending on Engagement Rings?Diamonds, Jewellery 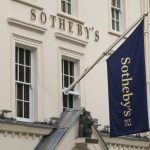